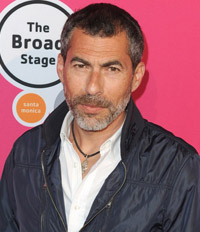 Charles F. Abdi is a professional stage, film and television actor with major national and international credits to his name. He was trained in France at the Studio Pygmalion, and worked with Gulu Monteiro for more than 10 years in Los Angeles where they developed a technique for building a character through physicality and movement. As a coach, Abdi developed the course “Learning French Through Acting” at California State University Los Angeles and was responsible for the cultural activities of Middlebury College's French School summer program in Middlebury, Vermont, from 2009 to 2013.