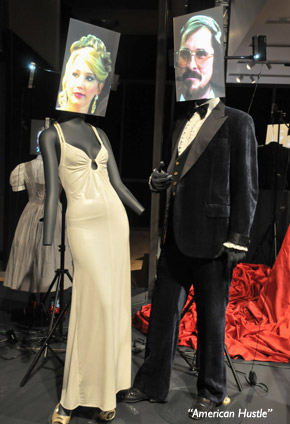 "‘American Hustle’ is in the house!"

Deborah Nadoolman Landis laughs happily as she shares the news with a guest that the sexy white dress, designed by Michael Wilkinson and worn by Jennifer Lawrence and the retro black tuxedo covering the rounded shoulders of a nearly unrecognizable Christian Bale in David O. Russell’s “American Hustle” will be included in the most recent incarnation of Hollywood Costume, which opened at the Phoenix Art Museum on Wednesday, March 26. (It runs through July 6.)

Hollywood Costume is the immersive multimedia exhibition that was five years in the making, a sold-out success in its October 2012 London debut at the Victoria & Albert Museum (V&A) and a true labor of love for Landis, a veteran costume designer, professor and director of the David C. Copley Center for the Study of Costume Design at the UCLA School of Theater, Film and Television (TFT). The Phoenix show is smaller than it was in London — with 103 iconic costumes on display instead of 130 — but just as enthralling. Like the blockbuster in London, the Phoenix exhibition illuminates the costume designer’s creative process, and celebrates and explores costume design as a key component of cinema storytelling. It is a rare opportunity to see the clothes worn by unforgettable characters from such films as “The Wizard of Oz,” “My Fair Lady,” “Superman,” “Titanic,” “Harry Potter and the Half Blood Prince” and “The Dark Knight Rises,” among others.

Landis' delight is understandable. A scholar, historian and practitioner of costume design and an ardent supporter of her fellow artists, the Academy Award-nominated PhD is passionate in her ongoing quest to see the art of costume design universally recognized as an integral component of the storytelling process. What better way to spread that word than through a rich multimedia exhibition?

That’s what she thought in 2006, after she had created the Costume Designers Guild Awards, written her first two books (of six) about costume in 2003 and 2004 and curated her first exhibition for the Academy of Motion Pictures Arts and Sciences in 2004, all part of her ongoing effort to raise the profile of costume designers’ contribution to motion pictures.

“I thought to myself, how can we keep the conversation going?” recalls Landis, who views her life’s work as a continuing awareness and education campaign.

The creation of Hollywood Costume came out of Landis’ desire to reach a larger audience. When TV networks rebuffed her idea for a series about a costume designers A&E-style “Biography” series, she envisioned a grand-scale museum exhibition that would engage the audience. She sought the advice of Sir Christopher Frayling, the rector of London’s Royal College of Art and a trustee at the V&A. Frayling was Landis’ advisor when she pursued her doctorate at the Royal College of Art. He encouraged her to approach the V&A, which she did…only to have the proposal rejected.

An entire year went by when one afternoon in 2007 the phone rang as Landis, then the president of the Costume Designers Guild, was at her Los Angeles office. Frayling was calling from London with some news: The V&A was planning to make Hollywood Costume their lead exhibition in 2012. Unbeknownst to Landis, in the year after her presentation to the V&A, the museum had conducted a survey and overwhelmingly, Hollywood Costume had been the public’s top choice.

Given the green light, Landis started forming “long lists” by asking family and friends to name their favorite movies — not favorite costumes (“I really wasn't interested in getting a multitude of people telling me that their favorite costume was Audrey Hepburn’s in ‘Breakfast at Tiffany’s,’” she says) because it was imperative to have every genre and a broad spectrum of films represented in the show. Costume design is a key element in every production, including modern films. “Actors will always be in the center of the frame and their clothes are there with them,” says Landis.

From her preliminary research, a list of favorites quickly emerged: “The Wizard of Oz,” “Gone With the Wind,” “Shakespeare in Love,” “Taxi Driver,” “Raiders of the Lost Ark,” “The Searchers” and “Casablanca.”

Next came the tricky part: Finding the costumes. 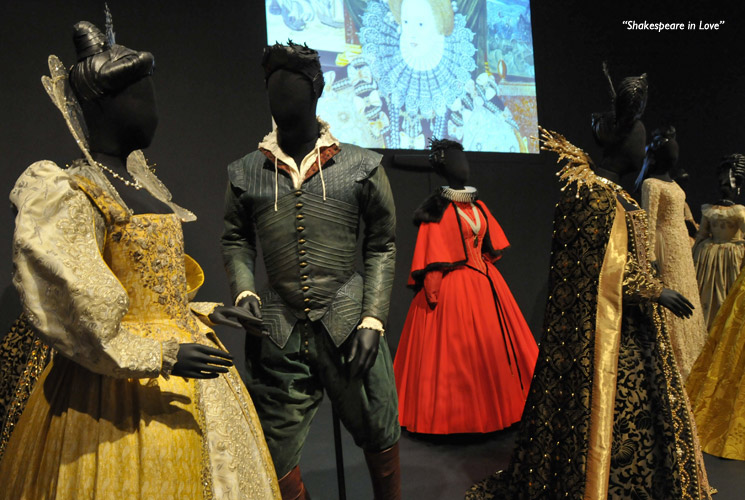 “It’s too expensive for studios to keep clothes from films that aren’t going to be used again,” Landis says, “and when you’re making a movie, you don’t know if you’re making a classic. So how do you know what to keep? You can’t keep them all. Clothes have to work for their room and board!”

Landis turned to Debbie Reynolds. The veteran actress had amassed an enormous costume collection and had a dream to one day create a museum. Reynolds gave Landis carte blanche to choose what she wanted for Hollywood Costume. But in 2011, things fell apart when Reynolds was hit with a $6 million lien against the collection and she was forced to sell the costumes at a series of auctions.

“Debbie’s clothes went to Korea, to the Emirates and everywhere in the world,” Landis says, and it became necessary to chase down the costumes that were sold, which she did, with mixed success, and was challenged to find new ones to replace them, which she did at international film archives, museums, studios and in private collections.

There were moments of serendipity. During a London press day prior to the opening of the 2012 show, Landis commented that she’d love to incorporate the white disco suit, designed by Patricia Von Brandenstein, that John Travolta wore in “Saturday Night Fever.” Less than week later, her office received a call from the assistant of a Saudi businessman based in London whose office was five minutes away from the V&A. Was she interested in having the suit included in the exhibition? When Landis’ assistant walked into the office, the mannequin was positioned in Travolta’s classic disco pose, one arm elevated, legs apart. Even better, it was signed on the inside jacket by Travolta to its original owner, the late film critic Gene Siskel.

More than just a static display of famous costumes, Landis always intended for Hollywood Costume to be a rich and layered cinematic experience. She wanted to make it immersive because films are emotional and “It’s just too disappointing to see a costume of a character you’ve loved from a movie you love [hanging limply] on a mannequin,” she says.

Envisioning the show as a Disneyland ride — “If I could have put our visitors in boats, I would have,” she says, only half joking — at the beginning, she enlisted the help of friends at The Walt Disney Company. UCLA TFT executive board member and Disney Imagineering co-executive leader Bruce Vaughn sent a creative executive to London to walk the V&A galleries with Landis and provided an eight-hour brainstorming session in Burbank with imagineers, sketch artists, screenwriters and Copley Center assistant Natasha Rubin that yielded inspiration for the show’s design. The resulting exhibition incorporates labels with first-person quotes, moving images, montages, animation, interviews and a commissioned symphonic score to create a narrative journey for the visitor.

Adding to the uniqueness of the exhibition are the filmed commentary from interviews that Landis conducted with entertainment industry giants such as Robert De Niro, Martin Scorsese, Mike Nichols, Tim Burton and Meryl Streep.

The show was the most successful in the history of the Victoria & Albert Museum: More than 268,000 visitors saw the show in 14 weeks. Tickets were sold-out when they went on sale.

Ultimately, Landis says, the Hollywood Costume experience is “not about the clothes. It’s about the conversation, it’s about the screenplay and then finally, it’s about how we feel when we are in a movie — and the ride that we take with the filmmaker.”