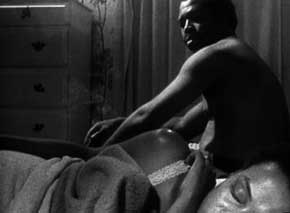 Billy Woodberry, MFA '82, an independent filmmaker and a lighting/grip technician for the UCLA School of Theater, Film and Television, recently had the honor of seeing his 1984 film, “Bless Their Little Hearts,” being inducted into the Library of Congress' National Film Registry. Woodberry, who earned his MFA in 1982 from TFT, was one of the leading directors of the L.A. Rebellion. His film is among those being recognized as works of great cultural, historic or aesthetic significance to the nation’s cinematic heritage and will be preserved as a treasure for generations to come.

L.A. Rebellion was born in the late 1960s, when, in the aftermath of the Watts Uprising and against the backdrop of the continuing Civil Rights Movement and the escalating Vietnam War, a group of African and African American students entered the UCLA School of Theater, Film and Television, as part of an “Ethno-Communications” initiative designed to be responsive to communities of color (also including Asian, Chicano and Native American communities). These mostly unheralded artists, now referred to as the L.A. Rebellion, created a unique cinematic landscape, as — over the course of two decades — students arrived, mentored one another and passed the torch to the next group.

Beyond the work itself, what makes the L.A. Rebellion movement a discovery worthy of a place in film history is the vitality of its filmmakers, their utopian vision of a better society, their sensitivity to children and gender issues, their willingness to question any and all received wisdom, their identification with the liberation movements in the Third World, and their expression of Black pride and dignity.

A 35 mm UCLA Film & Television Archive restoration of "Bless Their Little Hearts" will be screened at 5 p.m., on Friday, April 18, in the James Bridges Theater. The film restoration was funded by the National Film Preservation Foundation and the Packard Humanities Institute.