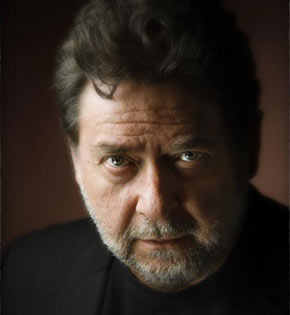 This is the 14th year of the residency program, which is sponsored by the Eastman Kodak Co. Navarro joins a distinguished group of cinematographers who have received this honor in the past including Roger Deakins, BSC, ASC (“No Country For Old Men,” “True Grit,” “Skyfall”); Dante Spinotti, ASC (“Last of the Mohicans,” “L.A. Confidential,” “The Insider” “Tower Heist”); Owen Roizman, ASC (“The Exorcist,” “Tootsie,” “Wyatt Earp”) and Conrad L. Hall, ASC (“Butch Cassidy and the Sundance Kid,” “American Beauty,” “Road to Perdition”).

The Kodak Cinematographer-in-Residence program began in 2000 to enhance the learning experience of students with insight from renowned cinematographers. UCLA TFT is the only film school that offers a cinematography residency program such as this, where students can receive direct guidance from cinematographers through screenings, workshops and one-on-one sessions over the course of 10 weeks.

As part of the program, Navarro will screen “Pan’s Labyrinth” on Monday, Nov. 4 at 8:00 p.m. at UCLA’s James Bridges Theater. A Q&A will follow.