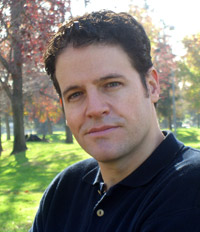 Suny Behar is a director, cinematographer, consultant and educator. His career began in the theater, where he wrote and directed several plays for the stage in Toronto and Los Angeles after graduating from York University in Toronto, Canada. In 1997, he shifted focus and enrolled in the Master's program at the UCLA School of Theater, Film and Television, earning an M.F.A. in film and television production.

Behar’s work in the field of visual storytelling has embraced a wide array of forms and formats over the years. From working as a camera layout artist on Pixar’s animated feature Cars, to assuming the role of cinematographer on music videos for People in Planes and Modest Mouse, to shooting numerous short films, feature films, television shows and commercials, Behar’s various roles have allowed him to explore many capture mediums ranging from Super8 film to all the current flavors of digital cinema.

Behar’s focus on technology and trends has led him to serve as a consultant to a number of Fortune 500 companies including Panasonic, HBO, Canon and Google. He is passionate about combining artistic endeavors with the science of digital imaging. This passion is exercised yearly with the HBO Camera Assessment Series that Behar has photographed for the last three years.

When he is not shooting or consulting, Behar spends his time teaching. As an instructor for HD Expo/Createasphere, he taught P2 Camps and Varicamps, outlining the many functions of the P2 Varicam; he has also taught a range of seminars on Canon USA’s new line of digital cinema offerings. As a lecturer at the UCLA School of Theater, Film and Television, he instructs emerging graduate school filmmakers in a class called “Post Production Pathways.”

Behar currently resides in Los Angeles. In his spare time, he can be found hosting a podcast for Tech Media Planet.