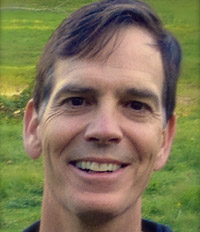 Film producer and former studio executive Glenn Williamson is the area co-head of the Producers Program at the UCLA School of Theater, Film and Television. He oversees the two-year M.F.A. degree program and teaches several courses, including “The Art and Business of Producing”; “Independent Spirit,” an overview of the American independent film world; “Film and Television Development” and several workshops for graduate students developing their film and television thesis projects.

After receiving his bachelor of arts degree in English literature from the University of Virginia in Charlottesville, Virginia, Williamson began his professional career in New York City, working in the advertising industry for two years, which led to a brief stint at the Kellogg Business School at Northwestern University. In 1988, he moved to Los Angeles and started his film career at Castle Rock Entertainment. During this time, he also worked in production on Tim Burton’s Edward Scissorhands and Cameron Crowe’s Singles.

Williamson became an executive at producers Walter Parkes’ and Laurie MacDonald’s production company, located on the Sony lot in Culver City, in 1992. Two years later, Williamson joined Parkes and MacDonald at Amblin Entertainment when Steven Spielberg hired them to run his production company. He soon oversaw Men in Black for Amblin and Columbia Pictures.

From 1994 to 2002, Williamson was a senior production executive at DreamWorks SKG, which was formed in Fall 1994. During his time there he supervised such films as Sam Mendes’ Academy Award-winning American Beauty and Road to Perdition; Crowe’s Almost Famous, which won the best original screenplay Oscar in 2001; Gore Verbinski’s The Mexican; Todd Phillip’s Road Trip and Bronwen Hughes’ Forces of Nature.

When Focus Features was formed in 2002, Williamson became the specialty label’s president of production. During his tenure he supervised Eternal Sunshine of the Spotless Mind; Todd Hayne’s Far from Heaven, which was nominated for the best original screenplay Academy Award in 2003; Mira Nair’s Vanity Fair; and Christine Jeff’s Sylvia.

Williamson is a member of the Producers Branch of the Academy of Motion Picture Arts and Sciences. In addition, he is a board member of the Virginia Film Festival held each November in conjunction with the University of Virginia in Charlottesville, Virginia.