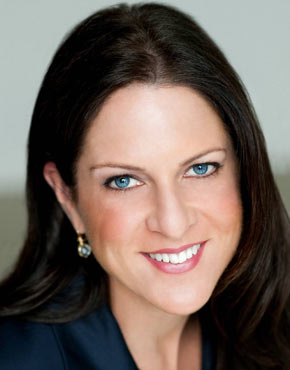 LOS ANGELES (May 23, 2013) — Teri Schwartz, Dean of UCLA’s School of Theater, Film and Television (UCLA/TFT), one of the world’s most prominent academic institutions for entertainment and performing arts education, announced today that Academy Award®-winning producer Cathy Schulman has been named the School’s keynote commencement speaker for its 66th annual commencement ceremony. Dean Schwartz will preside over the event to be held on Friday, June 14, from 4:00 p.m.-6:00 p.m. in UCLA’s Dickson Court North.

In 2006, Cathy Schulman received an Academy Award alongside writer-director Paul Haggis as producers of “Crash,” named best picture of the year. In 2007, Schulman became president of Mandalay Pictures and launched Mandalay Independent Pictures with Peter Guber. That same year, under the Mandalay Independent label, Schulman produced the documentary “Darfur Now,” which detailed the genocide in Sudan’s western region. Her latest project, “Horns,” starring Juno Temple and Daniel Radcliffe, will be released in October. Additionally, Schulman is the current president of Women in Film, a position she has held since 2011.

“We are honored to have Cathy Schulman as this year’s commencement speaker. Her outstanding film work as a producer and executive, along with her remarkable service to the entertainment industry, will undoubtedly inspire and galvanize our 2013 graduating class,” Schwartz said. “She is an amazing advocate as the president of Women in Film, and she has a great passion for telling great stories that are very much in harmony with our vision to use the power of story to enlighten, engage and inspire change for a better world.”

Theater director Kristin Hanggi, ’98, has been named Distinguished Alumna in Theater. In 2009, Hanggi was nominated for a Tony® Award forRock of Ages, her Broadway debut. Other directing credits include Bare: A Pop Opera, Terrence McNally’s Corpus Christi, David Mamet’s All Men are Whores and the American Conservatory Theater production of Anything. Most recently, Kristin completed filming on her first musical movie, Dear Dumb Diary, which will air on the Hallmark Channel this fall.

In commenting on this year’s Distinguished Alumni, Schwartz said, “We are thrilled to celebrate Dustin Lance Black and Kristin Hanggi and their groundbreaking successes. Their projects are diverse and hugely innovative, and reflect a passion for telling stories that matter. Their achievements are a testament to their extraordinary talent and hard work as well as the world class education they received at UCLA/TFT.”

The theme of this year’s commencement focuses on the power of story to make a difference in the world. “Story has the infinite power to connect us across time and space, and frame the human narrative by transcending borders, cultures, boundaries, and barriers,” said Schwartz. “It helps us make sense of our lives and the world around us, and gives voice and meaning especially to those who may have been silenced or where no voice existed before.”

The School's commencement ceremony honors nearly 200 students in the department of theater and the department of film, television and digital media. The School will confer Bachelor of Arts, Master of Arts and Master of Fine Arts degrees. Scholars who have completed a Doctor of Philosophy or PhD will be recognized at the event.