TFT's Animation Program Ranked No. 2 in the United States 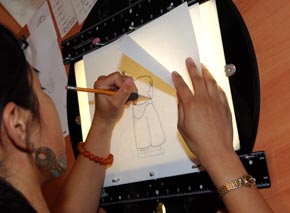 Animation Career Review, in an article published Feb. 28, 2013, ranked the UCLA School of Theater, Film and Television’s animation program No. 2 on its list of "The Top 100 Schools of Animation and Game Design in America," above such celebrated institutions as USC, Rhode Island School of Design and Savannah College of Art and Design.

“Although the school is home to 41,341 students,” the article notes, “the school’s world famous Animation Workshop accepts just 12 new students each year."

Selectivity was a key factor in the rankings, ACR says, along with “academic reputation, depth and breadth of the program and faculty, value as it relates to tuition and geographic location."

Founded in 1947 and run for almost 50 years by Dan McLaughlin, and with Celia Mercer as its current head, energizing Workshop professors such as TFT alumnus and Emmy-winning director Chuck Sheetz ’83 (The Simpsons), have always inspired exceptional efforts from students.

The home of the world-class Walter Lantz Digital Animation Studio, a central tenant of the Animation Workshop’s philosophy has been an enthusiastic embrace of new technology, coupled with a firm emphasis on storytelling and individual expression. McLaughlin forged the Workshop’s defining creative philosophy of “one person, one film,” the result of which is that every animation student at TFT learns to write, direct, edit and animate — and above all, to tell compelling stories.