Mel Shapiro has an app for Shakespeare 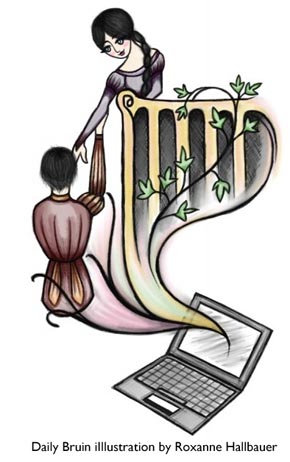 "The Daily Bruin" has reported on a new online app, PlayingWithShakespeare.org, co-created by Mel Shapiro, a Professor Emeritus in the UCLA Theater Department, that uses interactive technologies to build a community of interest and performance around the works of William Shakespeare.

Shapiro said this is an unprecedented idea because despite all the various Shakespeare YouTube videos and websites, this app grants access to Shakespeare on several levels. Shapiro and Watson collaborated with professional actors, whom they know through personal connections, to perform selected Shakespearean passages. The readings are available through the app so users can learn the pieces.

After seeing the masters in action, individuals can then record their own interpretations and upload them to the app. This gives contributors a chance to interact with one another and bring Shakespeare’s work to life as they see it.

I was very keen to see how technology could create a community that was devoted to Shakespeare in the sense of listening to the text, which for me I enjoy more than reading it, and to have some scholarship in terms of the commentary on the text that was selected,” Shapiro said.

Nick Rapp, a third-year acting student in Shapiro’s class, said he is very excited to see big names such as [Ellen] Geer as well as other UCLA students and professors using the app. He said that he plans to post his own video once Sonnet 129 is added to the site. Rapp also said the app presents a rare opportunity as it encourages people to film Shakespeare rather than just perform it on stage.

“You never try to recreate reality 100 percent onstage, but you definitely do on film,” Rapp said. “There’s something very raw that can be brought to Shakespeare on film, and there’s something very internal about these sonnets. … It’s a different way to deliver the message.”