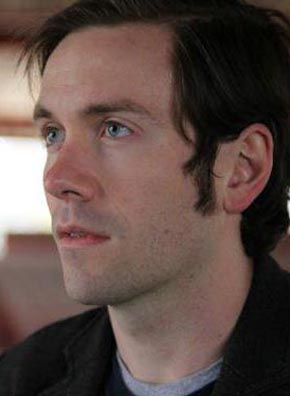 Posted on December 12th 2012 in Announcement

TFT MFA Playwriting candidate and actor Kit Williamson makes his debut as a triple hyphenate on December 14 starring in "EastSiders," a dramatic web series he also wrote and directed.

Williamson has been acting professionally since 2007, when he appeared on Broadway opposite Liev Schreiber in a Tony-nominated revival of Eric Bogosian's “Talk Radio.” He has carted on the TV shows Other credits include “Numb3rs and” “Death Valley” and on the feature films “Para-Normal," and "The Occupant."

Williamson' play "The Gin Dialogues" was the recipient of the National Arts Club's Playwrights First Award for 2009. His work has been developed or produced at Fordham University and TFT,and by The Blank Theatre, Urban Stages, The National Arts Club, The Cry Havoc Company and At Play Productions.

Co-starring Van Hansis, who has attracted a huge following playing the openly gay character Luke Snyder on the long-running soap "As the World Turns," explores the aftereffects of infidelity on a gay couple living in Silverlake, CA.

When Cal (Williamson) finds out Thom (Hansis) has been cheating on him with Jeremy (Matthew McKelligon), their relationship is turned upside down.

Will the lies tear them apart or are they just stubborn enough to stay together forever?