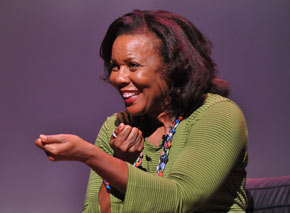 Posted on November 26th 2012 in Announcement

"In the Red and Brown Water," a play directed by alumna Shirley Joe Finney MFA ’08, will continue its run at The Fountain Theatre until February 24th. Originally slated to run through mid-December, the play received such rave reviews & solid ticket sales that it was extended for an additional 2 months.

The script was penned by award-winning playwright Tarell Alvin McCraney. The story follows a high school track and field runner, Oya, on her journey from the innocence of youth to the complicated realities of adulthood. Having forgone college to take care of her sickly mother, she is faced with a series of difficult decisions when her mother passes away.

Since its L.A. premiere on October 20th, this production of "In the Red and Brown Water" has been delighting critics and audiences alike, in no small part due to Finney's renowned directing. An award-winning international director, she has directed productions at many highly respected theater houses including The McCarter Theater, The Pasadena Playhouse, The Goodman Theater, The Alabama Shakespeare Festival, The Cleveland Play House, LA Theater Works, and many more.

Finney has also received many prestigious awards over the years for her special talent and eye for storytelling, including The LA Stage Alliance Ovation Award, the LA Drama Critics Award, the Backstage Garland Award, The LA Weekly Award and The NAACP Awards for Best Director for her productions of Emmett Till, Stick Fly, and Yellowman to name a few. 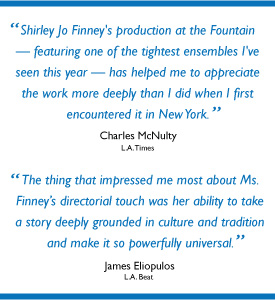 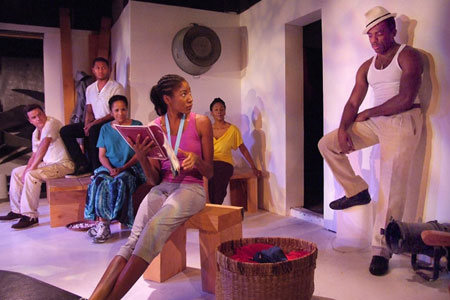