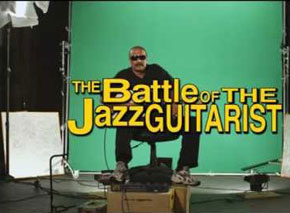 Posted on November 15th 2012 in Announcement

Columbus made this tribute documentary about his father Max, a jazz guitarist once famous in the Fiji Islands who took a big hit to his career by moving his family to America. Though just 7 minutes long, the film gives the viewer fantastic insight into the family's history and provides a emotional yet humorous examination of the father-son relationship.

For a more thorough overview of the film, check out the great write up on unsungfilms.com below!