Musical based on Jean Shepherd Classic Opens in November 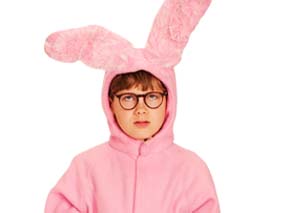 TFT Theater alumnus John Rando MFA ’88, Tony and Outer Circle Critic’s Award-winning director of “Urinetown,” “The Wedding Singer” and Neil Simon’s “The Dinner Party” is the director of a musical theater adaptation of “A Christmas Story,” the classic 1983 Bob Clark film, based on the novel "In God We Trust, All Others Pay Cash" by humorist Jean Shepherd.

Actor Peter Billingsly, who at age 12 portrayed the film’s protagonist, Ralphie, is one of the producers of the stage version. Actor Dan Luria, best known as the father on the TV show "The Wonder Years," portrays author-narrator Shepherd.

Set in the 1950s, an era that is portrayed with barbed humor as well as nostalgia, the film has become a Holiday perennial on video with its story of a Ralphie's quest for the ultimate Christmas present, an Official Red Ryder Carbine-Action 200-shot Range Model Air Rifle.