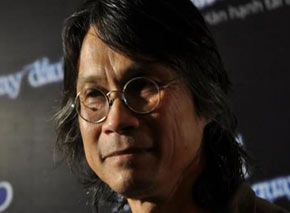 Posted on October 9th 2012 in Announcement

Alumnus Nghiem-Minh Nguyen-Vô is set to return home to Vietnam to direct "Nuoc Nhu Nuoc Mat" (Water in Tears), which portrays a young rural woman, Sao, who faces challenges in supporting her husband and family. When he first read the screenplay it immediately captured his attention, and he knew that it was a film that was worth returning home to make.

Nguyen Vo Nghiem Minh was raised in a rural area in Vietnam. His parents ran a small one-room cinema, and he grew up watching anything they could get to sell tickets. He went on to study engineering in France and earned a Ph.D. in applied physics from UCLA in 1984. He was fascinated with the interaction between sound and light in physics and subsequently began to explore the world of cinematography and film-making. After directing a short film and a documentary, he participated in the Independent Feature Project/West’s Screenwriters Lab with his script for "Buffalo Boy," which was his first feature film.

"Water in Tears" is being produced by Saigon Media, a Ho Chi Min City-based private entertainment company, and is slated for release early next year.