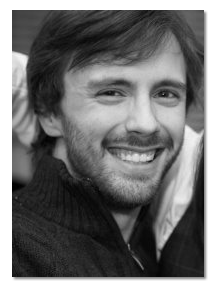 Posted on October 4th 2012 in Announcement

Screenwriter David Radcliff MFA '08 is a finalist at the Austin Film Festival in the one-hour teleplay category for his script "Dexter – 'The Second Coming.'" His teleplay and 29 others were chosen from a record field of more than 6,500 entries in the Drama, Comedy, Enderby Entertainment Award, Dark Hero Studios Sci-Fi Award, and Teleplay categories.

The winners will be announcec at an Awards Luncheon on Saturday, October 20, 2012, and will receive cash prizes ranging from $1,000 to $5,000, reimbursements for travel and lodging, and exposure to some of the most influential writers, agents, producers and filmmakers in the industry.

A native of Omaha, Nebraska, David Radcliff received his B.A. in English from the University of Southern California, and his MFA from TFT. While a student of the UCLA Screenwriting Program, he taught or assistant taught courses in screenwriting, film structure, and English composition to students ranging from elementary to graduate school levels.

David’s work as an educator, screenwriter, short story author and journalist has received numerous recognitions, including the George Burns and Gracie Allen Comedy Writing Scholarship and the Jack Nicholson Excellence in Screenwriting Award. At the 2007 Austin Film Festival, David was a finalist in both the Sitcom Teleplay (top 3) and Latitude Feature Film (top 5) competitions. In 2009, he was named a semi-finalist for the NBC Writers on the Verge Program and a finalist for the coveted Disney-ABC Television Writing Fellowship.

In addition to his script consulting work, David is a writer for Vantage Media and is a writer and editor for ABILITY Magazine, a publication that focuses on issues of health and disability. He lives in Studio City, California, and is a frequent volunteer for The Young Storytellers Foundation and Wheels for Humanity.