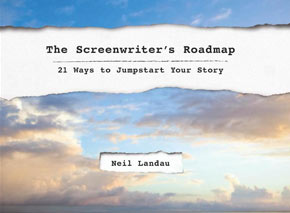 Posted on September 27th in Announcements

Distinguished TFT Professor Neil Landau '85 has come out with a new book entitled "Screenwriter's Roadmap: 21 Ways to Jumpstart Your Story." The book provides 21 questions for writers to ask yourself as they create, to help nail down a screenplay's story structure, deepen its character arcs, bolster stakes, heighten suspense and diagnose and repair its potential weaknesses. Originally created as a handout for Landau's UCLA screenwriting class, these vital "21 Questions To Keep You On Track" have been field-tested and utilized in the creation of some of Hollywood's biggest blockbusters and critically acclaimed films. 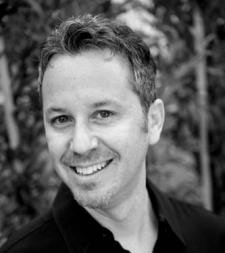 Neil Landau is co-author of the bestselling "101 Things I Learned in Film School" (Grand Central Publishing, 2010). His numerous film and television credits include the cult teen comedy "Don't Tell Mom the Babysitter's Dead" and the new 3D animated feature "The Adventures of Tad Jones" (Paramount, 2012), which just opened #1 at the box office in Spain, and will next premiere in China, France, UK, Russia, and all over the world.

In addition to his numerous TV credits, including "Melrose Place," "The Magnificent Seven," "Doogie Howser, M.D.," "The Secret World of Alex Mack," "Twice in a Lifetime," MTV's "Undressed," plus one-hour drama TV pilots for CBS, ABC, Warner Bros., Disney, and Lifetime, Neil is also an in-demand script consultant, and worked for Sony Pictures, Freemantle, and Universal; Pictures. He is currently serving as Executive Producer on several new TV projects, for HBO-Europe and Fox TV Studios.

He currently teaches in the MFA in Screenwriting and Producing Programs at both TFT (his alma mater) and the USC School of Cinematic Arts.