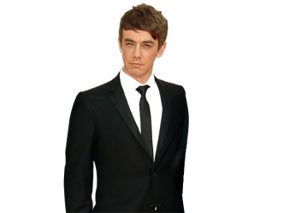 Posted on September 21st 2012 in Announcement

Performer-turned director and SNL writer Jorma Taccone has been called on to direct the action comedy "Spy Guys."

The original pitch, picked up by New Line cinema, is set to be penned by Adam Sztykiel and produced by John Rickard along with the other Lonely Island Boys.

In the film, a CIA Operative is framed for a crime he didn't commit while vacationing in Europe for a friend's wedding. Cut off from the rest of his organization, he's forced to reveal his identity to his friends to enlist their help. When his friends are also implicated for helping him escape, the group embarks on a mission to clear their names.

Taccone has been a writer for SNL since 2005, penning dozens of skits including the wildly popular "MacGruber." He went on to direct his first film in 2009, an adaptation of "Macgruber." He is one third of the Emmy©-winning sketch comedy troupe The Lonely Island, along with childhood friends Andy Samberg and Akiva Schaffer. Earlier this year he made a well received appearance on an episode of the HBO show "Girls." Directing "Spy Guys" is Taccone's most high profile project yet, and a well-deserved one based on the successes he's enjoyed.