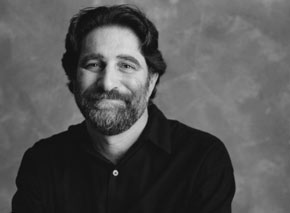 Posted on September 6th in Accolade

Oscar-winning alumnus Eric Roth '73 will accept the Austin Film Festival's Distinguished Screenwriter Award at an awards luncheon on October 20th. Additionally, the festival will host "A Conversation with Eric Roth," an interview with him about his career, as well as a retrospective screening of his film "The Insider" starring Russell Crowe & Al Pacino.

Roth is an extremely successful screenwriter with an impressive number of credits including "Forrest Gump," "Munich," "The Curious Case of Benjamin Button," and many more. He is currently an executive producer on Netflix's new series "House of Cards" and is also writing "Cleopatra" for Angelina Jolie. He recently received the Writer's Guild of America's Laurel Award for Lifetime Achievement in Screenwriting.