A Banner Year for TFT

By any measure, the 2011-2012 academic year at TFT, designated The Year of the Student, was an extraordinary one. It was a year in which unprecedented numbers of TFT alumni, faculty members and students earned accolades for their diverse and innovative creative work around the world, at major awards events and festivals across the entertainment and performing arts landscape. It was an impressive testimonial to the excellence of a TFT education, with its unique emphasis on humanistic storytelling, interdisciplinary creativity and cutting edge research. From the Oscars® and the Tonys® to Life Achievement Awards from top professional organizations for two of our most distinguished film and theater scholars, the stunning accomplishments of the Bruins of TFT were amply recognized. 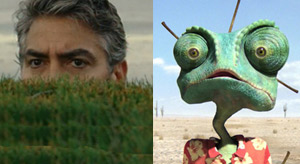 The list of awards won this year by TFT Bruins includes the most elite professional honors in the fields of film and theater. Academy Awards® went to alumni Gore Verbinski ’87, a live-action director whose Best Animated Feature“Rango” was his first work in that medium, and Alexander Payne MFA ’90, who shared his second Best Adapted Screenplay nod for “The Descendants,” which he also directed. Both films won many additional honors, including awards from most Hollywood guilds and from major film critics’ organizations.

In New York, alumna Judy Kaye '73 won her second Tony® in an acclaimed stage career for Best Performance in a Featured Role, for her work in the Gershwin revival musical “Nice Work if You Can Get It.” She won in the same category in 1988 for "The Phantom of the Opera." In her moving acceptance speech, Kaye dedicated the award to the memory of her father, who had passed away a week earlier. 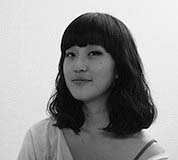 Also in the world of theater, Hana Sooyeon Kim MFA ’12, a recent scenic design graduate, won the coveted Fabergé Award, a scholarship conferred during the annual Princess Grace Awards Gala in New York. And for the second year in a row, the prestigious Swarovski Shooting Star Award for Excellence in Costume Design went to a student at TFT, Rebecca Guzzi MFA '13.

Julio Ramos MFA ’12 had an especially strong year, traveling with his work to several major festivals and winning top prizes for "Una Carrerita Doctor” (”A Doctor’s Job”), among them the 1st Place Drama prize at the Television Academy’s College Television Awards and the Student Film Award at the BAFTAs, where he shared the stage with classmate Vanessa Knudsen MFA '12 ("The Promised Land"), along with showcasing his film at the Telluride Film Festival.

Ramos’ subsequent film, "Detrás del Espejo” (“Behind the Mirrors”), a haunting urban noir vignette, is already well on its way to similar success, going straight from its Directors Showcase Spotlight Award at the UCLA/TFT Film Festival to the Best of Festival prize at the 2012 Palm Springs ShortFest, the top showcase for short films in the US.

Top awards for academic achievement, for criticism, scholarship and education in film and theater, went this year to distinguished TFT professors:

TFT Professor Emerita Vivian Sobchack MA ’76, received the 2012 Distinguished Career Achievement Award conferred by the Society for Cinema and Media Studies (SCMS), the highest professional honor in the field. "What's wonderful about this award," Sobchack said, "is that it's not just for being a good scholar, it's for having had a significant impact on the field.” 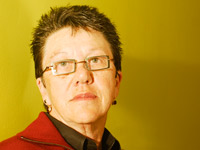 Distinguished Professor Sue-Ellen Case, Area Head for Theater and Performance Studies and Director of UCLA's Center for Performance Studies, received the Career Achievement Award for 2012 from the Association for Theatre in Higher Education (ATHE). The award citation celebrated both the scholarship and the activism of the pioneering author of the field’s “little red book,” "Feminism and Theater" (1988): "In her long career of extreme productivity, Sue-Ellen has contributed to the thinking of a generation of outstanding scholars in the U.S. and around the world," read the official award citation. 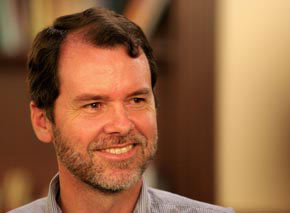 Professor and Cinematographer William McDonald, newly appointed chair of the School's Department of Film, Television and Digital Media, was honored by SMPTE (The Society of Motion-Picture and Television Engineers) with the Kodak Educational Award, "for his dedication to student filmmakers striving to take advantage of the best of film and digital technologies." 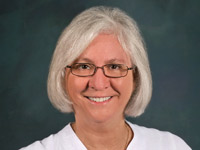 And TFT Dean Teri Schwartz was named "Media Mentor of the Year" for 2012 by the Hollywood trade publication "Variety." "We want to combine traditional methods and experimental methods as often as possible to get to this interdisciplinary approach. We should be on the leading edge of the conversation about where the intersection of technology and new narrative structures are taking us in the future," Schwartz said, in the two-page "Variety" feature article announcing the honor.

For any film to become an official selection at a top festival is a major accomplishment, an award in itself. These elite events routinely attract hundreds or even thousands of submissions. The Cannes Film Festival was inundated this year with 1,700 submissions from 320 film schools across the globe for its Cinefondation program alone. Two TFT students achieved the distinction of being among just 15 artists selected for that showcase, Alethea C. Avramis MFA '12, with “The Foreigner,” and Meryl O'Connor, with "The Ballad of Finn + Yeti."

Of the major US Festivals, Sundance 2012 was especially crowded with accomplished Bruins, a wave that began when a gorgeous new print was screened of “Daughters of the Dust,” written and directed by alumna Julie Dash MFA ’85, a key work of the LA Rebellion filmmaking movement of the 1970s and ‘80s.

Producers Program alum Marius Markevicius MFA '02 snagged a Grand Jury Prize nomination in Park City for his passion project documentary “The Other Dream Team.” This well-reviewed and crowd-pleasing account of the underdog triumph of the Lithuanian basketball team at the Barcelona Olympics, whose Bronze Medal defeat of the Unified Team (Former Soviet Union) was a symbolic landmark of liberation from Soviet rule, was released in September by Film Arcade and Lions Gate.

One Sundance film had especially deep roots in TFT’s dedication to global outreach and inter-disciplinary instruction. Writer-director Lucas Mireles MFA ’13 and producer Ryan Slattery MFA ’11 were among five students selected to travel to Germany for a groundbreaking cooperative venture worked out between Associate Dean Barbara Boyle and the Internationale Filmschule Koeln (IFS). Their short film “Speilzeit” (“Playtime”), based on the classic 1930 silent “Menschen am Sonntag” ("People on Sunday"), drew several German crew members to Park City for its screening there, and went on to play SXSW and Palm Springs.

The academic year just begun at TFT, 2012-2013, has been tagged The Year of Participation. We are sure that new accolades in every category await our gifted students, distinguished faculty members and inspirational alumni throughout the months ahead.