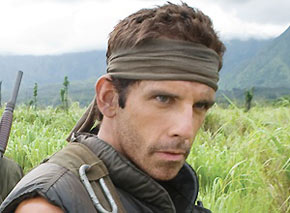 Posted on August 8th in Accolade

Alumni Ben Stiller will be presented with the American Cinematheque's career achievement award! Stiller has enjoyed success with several films including "Meet the Parents," "Zoolander," "Tropic Thunder," and more! Looking forward, he will co-star with Kristen Wiig and Sean Penn in next year's film "The Secret Life of Walter Mitty."

Stiller joins the list of past winners of the award that includes Sean Connery, Steven Spielberg, Matt Damon, Jodie Foster and more. The award will be given Thursday, Nov. 15 at an event at the Beverly Hilton Hotel in Beverly Hills. Proceeds raised by the event will go toward the American Cinematheque's film programming at non-profit theaters.

"Ben Stiller is a comedy icon whose wide-ranging talents include acting, directing, writing and producing," Rick Nicita, American Cinematheque chairman, said in a statement. "He entertains us in front of the camera with unforgettable performances in groundbreaking comedies such as 'There's Something About Mary" and franchises like 'Meet the Parents' and 'A Night at the Museum.'"