"West Side Story" is updated in Chance Theater production 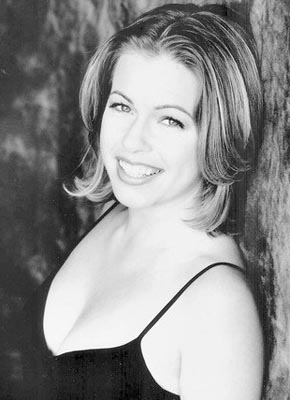 Writer Debra Levine interviewed TFT alumna Kelly Todd '97, for the Los Angeles Times "Culture Monster" blog, about the challanges of re-staging a landmark of musical theater such as the Leonard Benstein/Jerome Robbins c;lassie "West Side Story."

""Well they began it!" snarled the Jets perched on the scaffolding that lines the Chance Theater's long, narrow shoe box of a performance space. Facing them off — and in spitting distance of the audience — the Sharks echoed in return: "Well they began it!" This group-hiss propelled "Tonight," one of 11 fresh and lucid song-and-dance numbers that choreographer Kelly Todd has laced into the Anaheim Hills theater's critically lauded production of "West Side Story" (extended to Aug. 19).

"Tasked by Chance director Oanh Nguyen to garnish his update of the theater classic by Leonard Bernstein, Stephen Sondheim and Arthur Laurents with in-your-face dance numbers, the 20-year musical theater veteran and a UCLA theater grad, found herself boxed in. Not only was Todd's 12-foot wide, 30-foot long working area hugely constrained but she was thrust in the shadow of a genius.

"What it was like re-imagining Jerome Robbins' dance numbers?

"I was intimidated. I respect Robbins so much. I told my husband, "This is the biggest risk of my career. People will either love it or say, 'Who does she think she is?'"

"What was your favorite Robbins number?

"I love the "Prologue" [in the film] when they open their arms into a "T" and extend one leg to the side and leap, or, where they jump in a tight pas de chat and snap [fingers].

"Did Robbins get in your way?

"It's a 60-year-old piece whose movement was exciting in its day. But I wanted something new. My version builds slowly. They [Sharks and Jets] glare at the audience. They start to shove each other. There's lifting and tossing; they're huffing and puffing and grunting like a fight. It is hard, violent movements exerted at full effort.

"What comes next in the show?

""Dance at the Gym." The circle around Maria is a nod to Jerome. In the movie [Maria] spins and the world behind her starts to blur. We wanted to be true to that. The Sharks and the Jets do two separate circles. We wondered, what if they really did dance with the person they land opposite? In the movie, it was "Look what I can do with my girl," but in our show it's "Look what I can do with your girl."

"How was the Bernstein score to work with?

"Challenging — very. There were teeny minutes where I couldn't quite count it — the six-eights, nine-eights, three-fours. Instead of counts, I spoke it out for the actors using words. The music made it the hardest show I ever worked on. I don't know how a choreographer who doesn't read music could do it.

"Was it fun staging "America"?

""America" was the first number I knew I wanted to change. They sing as immigrants so excited about their new country. They dream of living on Fifth Avenue but they're doing Latino steps. That didn't make sense to me. I have them strike a very high, elegant, music-box pose. Then they sink into that classic Marilyn Monroe pose where she's holding her skirt down. They move the way they dream they could as American girls.

"Your staging of "Cool" is memorable — with metal chairs and heavy breathing!

"The percussive breaths go where the snaps went. But snaps are to get someone's attention, not to keep cool. The breathing gives a more physical tone. We looked at photos of '50s gang members. They were all dirty and skinny and smoking. They were marginalized people who did horrible things. So in "Cool" we show them as caged animals ready to explode. They jump from the wall and kick and bang chairs. They're mad at life.

"How many of your cast of 25 are trained dancers?

"Some are dancers. Others are not. It's always challenging. It's a six show-a-week run, so very demanding. People get tired. There have been injuries. They learned how to warm up.

"How was it to stage movement in that long, narrow space?

"We usually have the stage at one end and audience at the other. The in-the-round formation made my job easier. The audience is in the action. What the dancers are feeling, they feel.