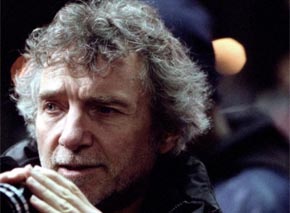 "Chasing Mavericks, opening October 26, is the new film directed by TFT Executive Board Member Curtis Hanson. Jonnny Weston ("About Cherry") stars as legendary surfer Jay Morarity, with and Gerard Butler as the veteran who taught the young surfer to master Mavericks, a surf break in Northern California where underwater rock formations can produce waves up to 80 feet high. At age 16, Moriarty famously made the cover of Surfing magazine, a shot that captured him wiping out on one of the huge waves he later mastered. Elisabeth Shue, Leven Rambin and Abigail Spencer co-star.

Hanson is also an major donor to, and Honorary Chairman of, the UCLA Film & Television Archive.