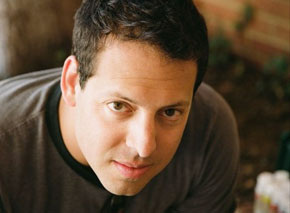 Alex De Mille MFA '10 has won the judges’ choice award at the 17th annual Comic-Con International Independent Film Festival for "The Absence," a sci-fi thriller! The film also picked up the award for best film in the science fiction/fantasy film category. Alumna Dagmar Weaver-Madsen MFA '12 was the film's cinematographer.

De Mille grew up on Long Island, New York and received a BA in History from Yale University. After graduation he moved to Manhattan, where he worked in post production. In 2005 he moved to Los Angeles to work towards an MFA in film directing at UCLA. At TFT, DeMille wrote and directed four short films that have screened at film festivals all over the world. He currently works as a freelance editor and is developing his first feature.

I drew on a large number of inspirations, including writers such as Ray Bradbury and Stephen King, and filmmakers such as Tarkovsky and Bertolucci. While writing the script I was reading "Eichmann in Jerusalem" by Hannah Arendt, about the trial of Adolf Eichmann, and that ended up having a big influence on the story and the themes I was exploring. She writes so eloquently and powerfully about the danger of abdicating moral choice to others, it definitely ended up affecting how I wrote and directed the arc of my protagonist.

I shot most of the film on the North Fork of Long Island. As a child I took many trips out there, and it held a very nostalgic place in my mind. The year before I shot the film I was out there with my family, and I was struck by how unique and beautiful the light is out there. The place just felt special and magical to me. It was important that I could film somewhere that felt a little otherworldly and out of time, and it just fit the project.