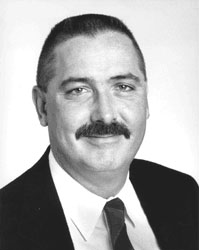 The UCLA Film & Television Archive has brought on a new Head of Preservation! The position, which has now been vacant for several years, has been filled by Scott MacQueen!

Scott comes to the archive with more than twenty years of experience overseeing and managing film and media restoration projects for major studios and media content holders worldwide. He is one of the select few in the field who have balanced the technical challenges of the laboratory and media suite with negotiating the studio system and pursuing his interests as a film historian, including an impressive record of publishing and lectures.

Scott has personally overseen numerous cooperative projects with major institutions and content holders, from private collectors and independent distributors such as Milestone Film & Video and The Cohen Film Collection, to major studios including Turner Entertainment, Paramount, and SONY. He has also partnered with all of the major archives, including the George Eastman House, Library of Congress, Museum of Modern Art, the BFI, and the Academy Film Archive.

He is a graduate of the New York University film program. After several years as a freelance filmmaker in various capacities, he joined Cine International Associates (a Division of Screen Gems) as a producer and production manager. In 1991, he joined the Walt Disney Company as Senior Manager for Film Restoration, where he successfully rebooted their moribund film preservation program. In 2003, he moved to Pro-Tek Media Preservation, a Division of Eastman Kodak Company.

Most recently, Scott joined UCLA Film & Television Archive to work on a preservation plan for the Carol and Ken Schultz-funded Laurel & Hardy project. Looking forwARD, he will be responsible for all aspects of the UCLA film preservation program as it makes the transition from analogue to digital preservation technologies.