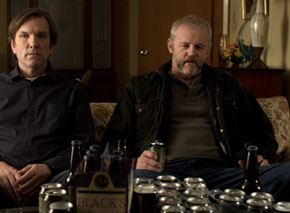 Posted on June 25th 2012 in Announcement

The UCLA Producers Program invites you to the West Coast premiere of "Collaborator," produced by UCLA TFT alumni Luca Matrundola and Julien Favre (Producers Program, 2004), on Thursday, June 28 at 8:00 PM in the James Bridges Theater.

This taut thriller was written and directed by Martin Donovan and stars Donovan, David Morse and Olivia Williams in a spine-tingling cat-and-mouse game. The movie had its world premiere at the Karlovy Vary Film Festival last year and will be released nationwide later this summer. Check out the trailer below.