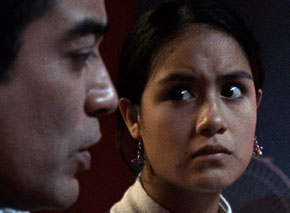 TFT Alum Julio Ramos MFA '12 has won the Best of Festival prize and a $2000 cash prize at the Palm Springs International Shortfest this weekend with his film "Behind the Mirrors (Detrás del espejo)," and now has qualified to compete at the Oscars! The film also won Best Student Film (under 15min). "Behind the Mirrors" was produced at TFT and shot on location in Lima, Peru.

In "Behind the Mirrors," a young husband, and soon-to-be father, works in a sleazy motel with his wife. When one of the night’s customers leaves behind an unexpected mess, the husband's keen eye for opportunity and quick thinking may change their fortunes forever.