The UCLA Screenwriters Showcase is a feature and teleplay competition for the MFA Screenwriting candidates, celebrating the work of entertainment's newest crop of screenwriting talent. Student work is read by over 200 top industry judges (including agents, managers, producers and development executives), and the competition culminates in a gala event during the UCLA Film Festival in late spring.

At the event, the work of eight winning students is celebrated with a staged reading, along with presentations from faculty, prominent alumni and an annual honoree, who is presented with the Excellence in Screenwriting Award. Our 2011 honoree was Aaron Sorkin,and this year we continue the tradition by honoring veteran screenwriter and three-time Oscar nominee John Logan.

Past showcase winners have gone on to be represented by major agencies, and many have had their work optioned by production companies or studios. The UCLA Screenwriters Showcase is the best way for the industry to be introduced to the brightest new talent in screenwriting. 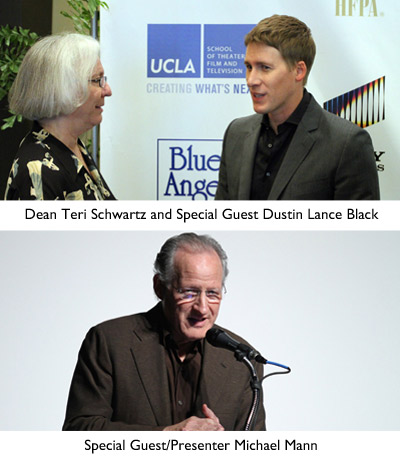