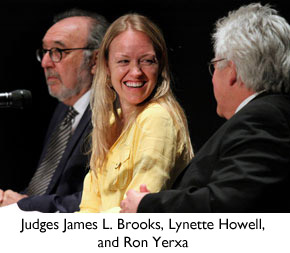 This highly anticipated annual event features four graduate students in the distinguished UCLA Producers Program, who will go before a live audience to present their feature film projects to a panel of top-tier industry judges. During the Producers Marketplace, the finalists take the stage to present their projects in five-minute concept pitches, and they then field questions from the judges about their project and their financing strategy.

The judges will select the most promising proposal for the UCLA Producers Marketplace Award. The audience will also select its favorite pitch for the Audience Award.

These awards are accompanied by a generous donation from Producer/Alumnus Dan Angel. 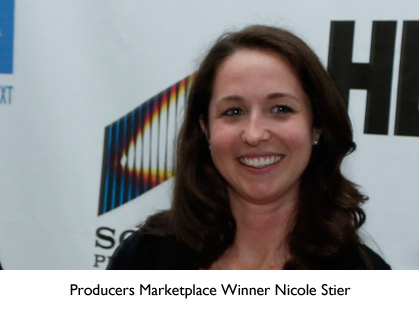 Allison Avery | A WOMAN IN THE SHADOW
In 1933 Berlin, filmmaker Fritz Lang and his screenwriter and wife, Thea von Harbou, are living a perfect life, but when the Nazis begin spying on the pair, a dark secret Thea has been keeping hidden from everyone is uncovered.

Julia Fontana | WISE
After a legendary mafia boss dies, his daughter, who has long been working for the family from behind the scenes, fights a male-driven world to establish herself as the new capo and finally take the credit she deserves.

Nicole Stier | DEEPFLIGHT
A brilliant scientist and former submarine captain must embark on an epic adventure to the uncharted depths of the deep sea to face an unknown entity that is destroying the ocean.