"Taxi to the Dark Side" documentary Oscar-winner will expand activity in series television, narrative features 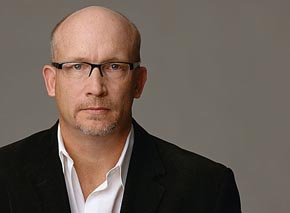 Deadline Hollywood reports that Oscar®-winning documentary alumnus Alex Gibney ("Taxi to the Dark Side") plans to expand his activities in television and feature film production, thanks to a new arrangement in which the UK's Content Media Corporation has acquired a 50% stake in Gibney's New York-based Jigsaw Productions.

"Jigsaw has produced acclaimed documentary films, such as the Academy Award®-winner "Taxi to the Dark Side;" "Client # 9: The Rise and Fall of Eliot Spitzer;" the Oscar®-nominated "Enron: The Smartest Guys in the Room;" "Catching Hell;" "Gonzo;" an episode of "Freakonomics;" and "Magic Trip." Jigsaw and Gibney have also produced episodic television, such as "The Blues" with Martin Scorsese and "David Halberstam’s The Fifties."

"Jigsaw President Alex Gibney said: “We have a prolific documentary production business here at Jigsaw, and I have wanted for some time to expand into episodic television, international rights and additional fiction projects. Content’s investment in Jigsaw and its sales platform and management team will give me the resources to do that. I am very excited about our next steps and the future of Jigsaw, and am delighted to be in business with Content and its great team.”

"The companies will collaborate on a variety of on-going projects, including an upcoming project for HBO that is produced and directed by Gibney; "Untitled Eagles Project," a documentary on the legendary band, produced by Gibney and directed by Alison Ellwood; "Finding Fela!," a documentary on the Nigerian singer; and "740 Park Avenue," a documentary in the series "Why Poverty?" Jigsaw is also currently developing two originally scripted feature films, as well as a miniseries based on the book "Black Banners" by Ali Soufan.