Emily Yetter '10 cast as Regan in "The Exorcist" 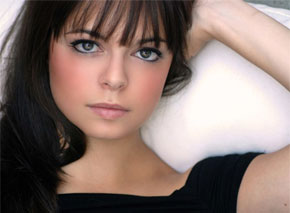 Emily recently completed Theater Threesixty’s National Tour of Peter Pan as the role of Tinker Bell. Prior to that, she performed at L.A.’s regional theaters such as The John Anson Ford Amphitheater, LATC and The Audrey Skirball Kenis Theater at the Geffen Playhouse. In fringe theater, she co-wrote and choreographed Word of Mouse at Artworks Theater. Her film and TV credits include Project X, Safehouse, Prom Queen, Goth Girl and others. She trained at UCLA’s School of Theater, Film and Television as well as The British American Dramatic Academy and is an award-winning Shakespearean performer.

This world premiere adaptation of the famous 1971 novel documenting the terror and redemption of a ten-year-old girl remains as frightening and relevant as when first experienced. Under the direction of Tony Award winner John Doyle and adapted by acclaimed playwright John Pielmeier (Agnes of God), The Exorcist transforms the unsettling battles of good versus evil, faith versus fact and ego versus ethos into a uniquely theatrical experience as sophisticated as it is suspenseful.