"Descendants" Alum sets sights on his next movie 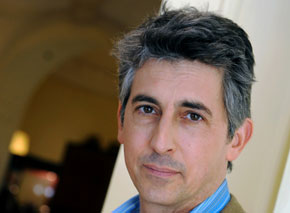 Alum Alexander Payne MFA '90 has has announced that he wants Bruce Dern and Will Forte for the main roles in his upcoming film "Nebraska," a black and white comedy for Paramount Pictures. More from Deadline Hollywood:

" Both Dern and Forte seem an intriguing match for the source material. Dern would play a crotchety dad, an alcoholic on the downside of his life, who gets a sweepstakes letter in the mail and thinks he’s struck it rich. He gets in a car to head down to claim his fortune, accompanied by his underachieving son, who’d be played by Forte.

The casting of the film has been a challenge for Payne, who has wanted to make the movie for years and was determined to move only when he was sure he had the right guy for the dad role.

Payne badly wanted Gene Hackman, who did not want to come out of retirement. Many other names were floated, and many actors wanted what has been called one of the great roles for a seasoned actor. After a leading man run in 70s films like Coming Home and The Great Gatsby, Dern gravitated into a fine character actor, but he sure fills the screen. I’ve been waiting to see what Forte would do after leaving Saturday Night Live. He had a misfire in Macgruber, but this would be a showcase role. I’m told that Payne has informed Paramount of what he wants to do, but nothing is formalized yet.