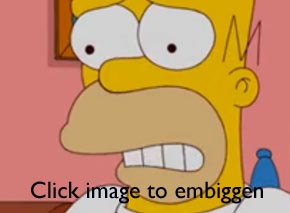 TFT professor and alumnus Chuck Sheetz ’83 has directed many classic epodes of "The Simpsoins," episodes, including “Eternal Moonshine of the Simpson Mind,” for which he won an Emmy award in 2008.

A sequel to last year's season finale, the episode shows what happens when the town of Springfield discovers that Ned (Harry Shearer) and Edna (guest voice Marcia Wallace) have secretly gotten hitched, Marge offers to throw them a congratulatory reception. However, bringing everyone together makes them all realize that no marriage is perfect. Meanwhile, Edna tries to help Ned's children become more socially acceptable by changing some of the rules.