"Silk" will be developed in the AFI Directing Workshop for Women 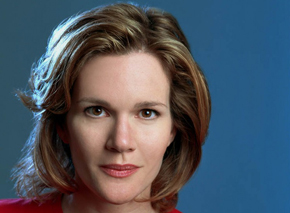 Several TFT alumni including producer Brian Kirchoff PP '11, writer Eyal Alony MFA '06, and associate producer Grace Feeneyare PP '11 are involved in the production of the film "Silk." The film will soon be directed by Catherine Dent PP '11 ("The Shield") in the AFI Directing Workshop for Women, a program that aims to increase the number of working female directors. The screenplay was inspired by the essay, "Too Young to Wed," by Pulitzer Prize winning photo-journalist, Stephanie Sinclair.

"Silk" is a fictional story that calls attention to the ever increasing worldwide practice of forcing girls (some as young as eight) to marry adult men. It tells the story of Rani, who at the age of 12 was given away by her father and forced to marry a man 20 years her senior in order to settle a family dispute. Now a middle-age woman living in America and married to an old man she never loved, Rani may have found the perfect opportunity to finally escape a life that was never her own.

There is a Kickstarter campaign for this project, where you can also find a synopsis of the film and watch a short video that Catherine made.