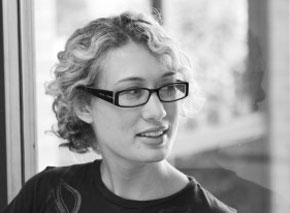 TFT Student Alethea C. Avramis MFA '12 is yet another Bruin that's headed off to France to The Festival De Cannes in a couple weeks to screen her thesis film "The Foreigner" at the Short Film Corner! The film was Co-Produced by Christos V. Konstantakopoulos ("Alps," "Attenberg," "Take Shelter") and was shot in Mani, Greece in the fall of 2011.

"The Foreigner" is about a remote Greek village that is threatened by extinction. The village’s mayor, Kostas, is desperate to increase the town’s population because the local municipal government has recently threatened to take away basic services. Then one day a foreigner stumbles into town. As it turns out, he could prove to be the town’s salvation, if only he would stay. The film deals with issues of identity and friendship and highlights Greek ingenuity and hospitality. 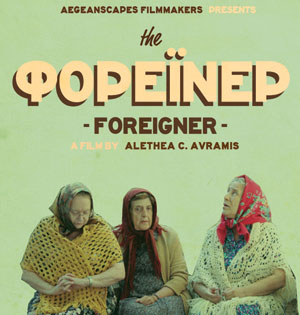 Alethea C. Avramis is an American writer and director of Greek descent. She is based in Los Angeles, California and Athens, Greece. Alethea completed her undergraduate education at UCLA in History, and is now pursuing an MFA degree at TFT. The daughter of a Greek Orthodox priest, Alethea’s work has always been influenced by character-driven material and humanistic storytelling.

The Foreigner- Trailer from Alethea Avramis