"Rafi Baby" on the Riviera 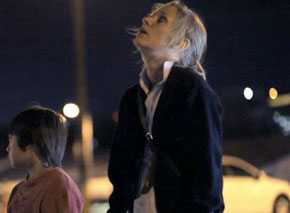 The prestigious Cannes Film Festival is approaching and once again TFT is well represented! Among those going to Cannes this year is TFT undergrad production alumna Christine Yuan '11 whose film "Rafi Baby" has been selected to screen at the Cannes Short Film Corner. The film was produced and directed her senior year as her thesis film at TFT and also screened at the Opening Night of the 2011 Festival of New Creative Work.

The 8-minute film follows a young boy through the wild sprawl of LA Chinatown. Rafi leaves his mother in a mischievous attempt at independence and meets a stranger who mistakenly helps guide him back home.