Prolific author and mentor cited for both scholarship and activism 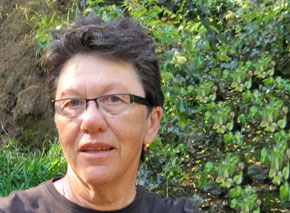 Distinguished Professor Sue-Ellen Case, TFT Area Head for Theater and Performance Studies and Director of UCLA's Center for Performance Studies, will receive the Career Achievement Award for 2012 from the Association for Theatre in Higher Education (ATHE), the field's highest honor. The award will be conferred at the Association's annual conference in August, in Washington, D.C. 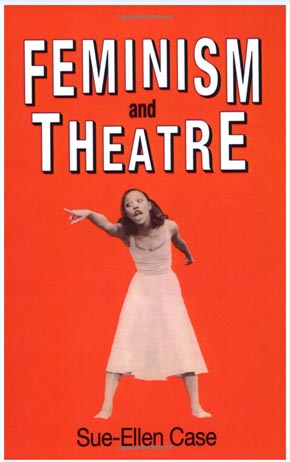 The citation in the conference catalog celebrates both the scholarship and the activism of the author the books "Feminism and Theatre" and "The Domain-Matrix: Performing Lesbian at the End of Print Culture."

" In her long career of extreme productivity, Sue-Ellen has contributed to the thinking of a generation of outstanding scholars in the U.S. and around the world where she has been invited to teach and give seminars. Her generous and generative mentorship is marked by her stylish prose, campy wit, incisive engagement with issues of representation and visibility. Sue-Ellen has worked at the intersections of several major debates, from lesbian feminism and queer theory, German women¹s theatre and digital technology, to global and transnational studies. Her interdisciplinary approach shows how different disciplines, discourses, and practices have long participated (overtly and covertly) in producing what scholars have come to accept as knowledge.

"... Since the early 1980s, she has stood head and shoulders above everyone in her academic activism on behalf of lesbian and gay rights and of women of color. No one working in these and related fields has been untouched by her energy and vision and charisma. What Sue-Ellen models for all young scholars, what they discover when they meet her or read her is that intellect and activism, theory and practice, are united in the best feminist and queer scholarship. They admire Sue-Ellen¹s toughness; they relish her wit and wisdom; through her they are inspired to achieve. There is no one working in our field today whose scholarship, integrity, and collegiality we admire and respect more than Sue-Ellen Case¹s. She is not just an academic star; she is a legend. She richly deserves this important recognition."

When Vivian Sobchack was talking recently about an achievement award that she had won, she suggested that it wasn’t just for the quality of her work but for its influence: that it had changed the field that she still works in.

My first book was “Feminism in Theater,” and it was the first book on that subject. So, yes, it changed the field. They called the first edition, “The little red book” because it had an orange cover with a woman on it. And then, of course I kept writing on the subject, as did many others.

I actually wrote my dissertation on a German playwright. Contemporary German theater was considered my expertise. I just began to feel inspired to put the book together. And when I was in graduate school at Berkley, there had been the feminist movement in the streets, but it hadn’t yet come into the academy. I was always confronting everybody with, “We never do a woman playwright, there aren’t any roles for women in this play.” I became more and more agitated. I started looking at classical theater, and the two most famous classical traditions in the Euro-American canon are the Greeks and Shakespeare -- and they are both all-male stages. The playwrights knew they were writing for men. The book starts there. I raised the rhetorical question: “Should we even do these plays? Or should women identify with these charters at all, or are they just in the male homo-social tradition. “ Some people were quite angry.

They were right to feel threatened, perhaps.

What feminism did was dispute the supposed neutrality of the history of theater. It said that what seemingly was a neutral history had built-in exclusions, and a set of values that aimed at a particular gender, a particular understanding of what was heroic or what might be good writing. All of those values were contested once feminism got its feet on the ground. I don’t think neutrality ever existed. It was a pose that was effective for a number of centuries to keep a certain kind of power and authority in place. I wrote that so-called realism isn’t good for women, because these stories very often sacrifice women. Even “Hedda Gabbler,” a play that stands for the emergence of independent women, is not a happy story. A lot of that family drama wasn’t good for women, necessarily. The story was embedding in people a certain kind of fear and expectation that they didn’t need to have.

After I wrote about feminism I began writing about lesbian and gay issues. What I would say is that the heterosexual family has been the center of every one of those theatrical traditions, and that’s what makes much of realism unavailable for some of us to identify with, particularly since marriage is illegal for us. There are many various kinds of aesthetics, and that’s just one of them.

When I see discussions of what’s considered under the aegis of “Performance Studies,” it certainly cover a lot more ground than what we traditionally think of a formal, structured theatrical experience.

Performance Studies has to do with the performance of social codes. That’d be the simplest way to say it. We’re interested in performativity. One of my students is working on Mayan women who do performances in villages in southern Mexico, but they aren’t plays. They do some plays, but they also go out and do all sorts of things in these little parking lots. It’s opened up performance to people who don’t have access to theater, or who don’t go.

Is it true, do you think, as Dean Schwartz would say, that in the end it’s all about different forms of storytelling, about the human drive to make sense of our world by telling stories?

The dean and I have a friendly running argument going on about this very subject. I’ve said to her, “I’m not against stories, but I think they’re not speaking to a lot of people who are looking at fragments, at images on devices of various sizes, and finding new ways of putting things together.” I don’t know if the traditional notion of storytelling really works with new media. So I really don’t think storytelling has a great future. Already students are so ironic about stories because they’ve heard them all before. How many stories are there, 10? They get married at the end, somebody dies, etc. So they’re sarcastic and ironic about them. I think it’s an exciting and a terrifying future.I don’t care, frankly, that we’re losing “the story.” In fact I hope we do. I’m really worried about losing the public university. I dedicated my career to it. I refused any job at a private school because I come from the working class, the bottom of the working class probably. Free education is really the only way you have class mobility. It was only because of free, cheap, and available education in the state of California was I able to develop my own intellectual interests, and I find it really tragic what has happened to it.