One of only 15 Cinefondation films selected from more than 1,700 submissions from 320 film schools 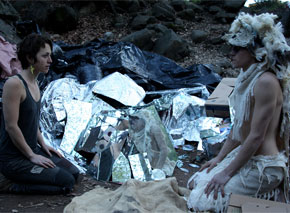 Current TFT student Meryl O'Connor's film "The Ballad of Finn + Yeti" is one of 15 Cinéfondation films that will compete in the Festival de Cannes. More below from The Hollywood Reporter:

"PARIS - Just days ahead of Thursday’s big Festival de Cannes selection announcement, organizers revealed a sneak preview of this year’s fest with the list of Cinefondation titles and short films competition. The festival has chosen 15 films from the more than 1,700 submissions from 320 film schools from all over the world for the Cinefondation selection.

Two titles from the U.S. were selected, including Meryl O’Connor’s The Ballad of Finn + Yeti from UCLA and Matthew James Reilly’s Abigail from NYU. Also vying for jury president Jean-Pierre Dardenne’s affections will be entries from Argentina, Israel, the U.K., Cuba, Italy, Russia, Romania, Belgium, the Czech Republic, France, Japan and, for the first time ever, Lebanon."