Posted on April 20th 2012 in Announcement

TFT Dean Teri Schwartz has been named 2012 Media Mentor of the Year by Variety. Schwartz is the subject of a wide-ranging interview, the centerpiece of the magazine's annual V-Plus Education Impact Report for 2012. The two-page spread includes coverage of many of the wide-ranging new signature programs Schwartz has introduced along with faculty and staff at the School since she became dean three years ago.

A key theme of the interview is Schwartz's innovative interdisciplinary approach to the educational enterprise for entertainment and performing arts. "The approach is a natural one, she says, for "the one premiere school that has theater, film, television, animation and digital media all under one roof."

" We want to combine traditional methods and experimental methods as often as possible to get to this interdisciplinary approach. We should be on the leading edge of the conversation about where the intersection of technology and new narrative structures are taking us in the future." 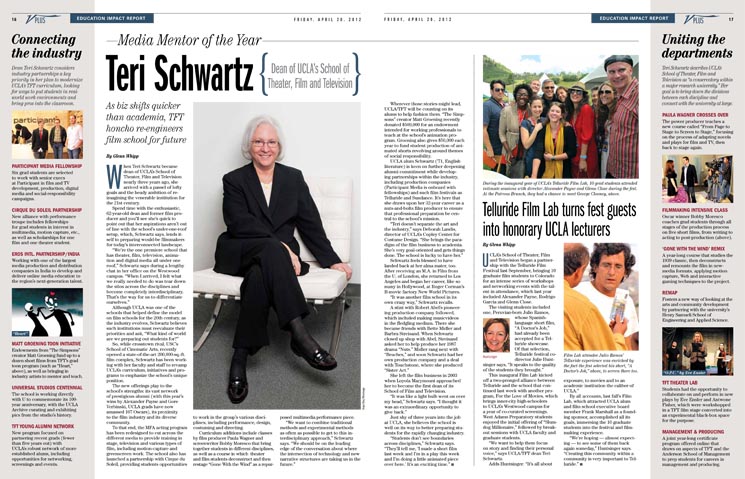