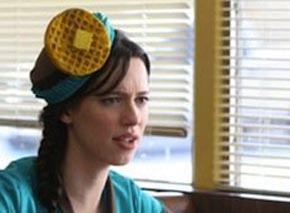 Posted on April 19th 2012 in Announcement

"A Bag of Hammers," directed and co-written by TFT theater alumnus Brian Crano '02, gets a theatrical release in May. Critically acclaimed at its SXSW world premier in 2011, the film will play at the Village East Theatre in New York from May 11-13, then at the Music Hall in Los Angeles from May 18-20.

TFT Alumnus Quyen Tran served as cinematographer on the film.

Jason Ritter and Jake Sandvig star as two charming grifters who have built a successful though posing as valet parking attendants, stealing the vehicles instead of parking them. Everything changes, however, when they meet a twelve-year-old boy named Kelsey whose presence forces the pair to choose between a life of crime and fun and the opportunity to grow up. Cast includes Rebecca Hall (“The Town”), Chandler Canterbury (“Fringe”) and Carrie Preston (“True Blood.”)