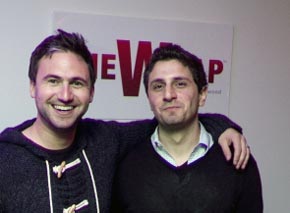 XYZ's current release, "The Raid: Redemption," directed by Gareth Evans and starring Iko Uwais, is an indie hit that has been hailed by action fans and critics alike as a return to the glory days of Asian action masters such as John Woo and Tsui Hark.

The film showcases the Indonesian traditional martial art of Pencak Silat, following an elite tactical team that invades an impenetrable derelict apartment building in Jakarta’s slums, hoping to take down a notorious drug lord. Stranded on the 6th floor, with no way out, the unit must fight their way through the ranks of the city’s worst criminals in order to survive.

XYZ is currently producing a slate of film and television projects, many of which were cultivated from an exclusive one year partnership with Time Inc., the publisher of such magazines as Time, Fortune, People, Sports Illustrated and Life.

XYZ also specializes in representing feature films for worldwide sales with an eye on North American distribution. XYZ sells to all of the major, mini-major and specialty distributors, across all distribution platforms, both domestically and internationally. Additionally, XYZ sources and structures financing on select third party projects via its relationships with investors around the world.