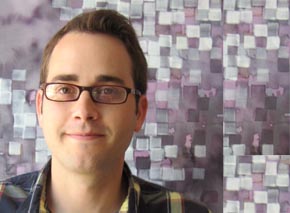 Posted on April 4th 2012 in Announcement

Mark Palansky will direct "Rememory" from a script he developed with writer Mike Vukadinovich. The pair wrote the drama with Catherine O’Hara and Peter Dinklage in mind to star in the project, which revolves around a brilliant professor who mysteriously dies on the eve of releasing his life-changing invention. His wife, Carolyn (O’Hara), discovers the device, which records and plays memories. With an unlikely friend (Dinklage), she uses the invention to get to the bottom of the mystery.

Palmer Productions’ Trevor Waterson will produce Rememory, which begins production in May in Toronto. ... Palansky and Vukadinovich are also developing "Pete And Goat" with Amanda Seyfried and Anton Yelchin as well as "Cyborg," the re-imagining of popular Korean romantic drama titled "I’m A Cyborg, But That’s OK," directed by Park Chan-Wook. Vukadinovich’s "The Three Misfortunes Of Geppetto" appeared on the 2011 Blacklist and is in development at Fox

"I came to UCLA because I liked the crossover between theater and TV and film," Vukadinovich says. “Writing plays is my preference because you have more control, but with film and television, you can actually make a living.”

Vukadinovich is a recipient of the Mario Fratti-Fred Newman Political Play Contest, the Samuel Goldwyn Screenwriting Award, the Wichita State University Playwriting Contest, the Reverie Productions Next Generation Playwriting Competition, the Tim Robbins Playwriting Award for plays of social significance, and the Gloria Peter Playwriting Award for Historical Plays. His plays have been produced or developed Off Broadway with Reverie Productions, and Overlap Productions, and in Los Angeles with The Los Angeles Theatre Ensemble, Son of Semele, Moving Arts, Playwright's Arena, The Will Geer Theatricum Botanicum, the Ensemble Studio Theatre, the Orlando Shakespeare Theater and internationally at The Serbian National Theatre, PLUS TEATAR, and Edinburgh Fringe Festival. He is a graduate with his MFA from the School of Theater Film and Television and will be joining the UCLA Arts Camp Workshops for his third summer season.