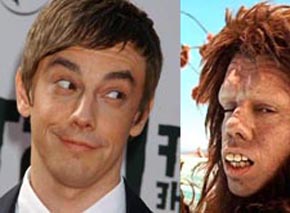 Posted on April 3rd 2012 in Announcement

New Line Cinema has acquired an action-comedy pitch that Michael Starrbury will adapt based on Duncan Rouleau’s Image Comics title "The Great Unknown."

Jorma Taccone is attached to direct and Mark Gordon and Jennifer Todd will produce for The Mark Gordon Company.

Comic’s about a guy who is convinced someone’s stealing all of his great ideas and groundbreaking innovations before he can do anything about them.

Starrbury’s rewriting Fully Automatic for Warner Bros, and did the Black List script Watch Roger Do His Thing. Taccone, part of the Lonely Island trio from Saturday Night Live, directed Macgruber. Starrbury is represented by CAA and Caliber Media. Taccone is represented by UTA and Mosaic.Taccone is one third of the Emmy©-winning sketch comedy troupe The Lonely Island, along with childhood friends Andy Samberg and Akiva Schaffer.