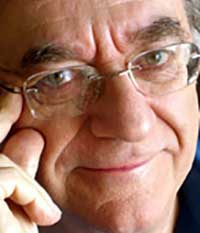 During his 50 years on the UCLA faculty, Howard Suber helped establish and also chaired the Critical Studies and Ph.D. programs, UCLA Film & Television Archive and the UCLA TFT Producers Program. He is a former UCLA TFT associate dean.

He is a recipient of UCLA’s Distinguished Teaching Award as well as the prestigious 2013-2014 Dickson Emeriti Professorship Award, the highest honor bestowed upon a retired UCLA faculty member. He has also been a consultant and expert witness to all the major film studios on copyright and creative control issues, and he continues to teach the UCLA TFT courses "Film Structure" and "Strategic Thinking in the Film and Television Industries."