Presented by the Society for Cinema & Media Studies 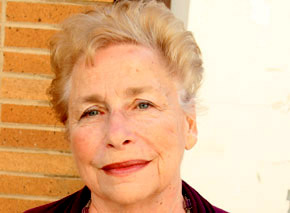 Posted on February 13th 2012 in Accolade

"What's wonderful about this award," says Vivian Sobchack MA ’76, "is that it's not just for being a good scholar, it's for having had a significant impact on the field.”

The TFT Professor Emerita is reacting to the 2012 Distinguished Career Achievement Award that has been conferred upon her by the Society for Cinema and Media Studies (SCMS), the highest professional honor in her field. She will receive it in March at the SCMS Annual Conference in Boston.

Sobchack earned early recognition for her pioneering work on science fiction and horror films, in books such as "the Limits of Infinity: American Science Fiction Film 1950- 1975" (1980) and "Screening Space: The American Science Fiction Film" (1987). Her groundbreaking "The Address of the Eye: A Phenomenology of Film Experience (1992) challenged then-current orthodoxies in film theory that, she says, “reduced film to an object of vision and the spectator to the manipulated victim of a deterministic cinematic apparatus.”

"I thought that our experience of film is much more active and skeptical, more interactive, in a sense, than a lot of my colleagues did," Sobchack explains, "and in that sense that film was a much less of a sinister or oppressive force of cultural hegemony then the big names in the field were arguing.

"When I first wrote about science fiction in, 'The Limits of Infinity' (1980), people looked up and down and said 'Why that?' But genres like the gangster film and the Western seemed much more circumscribed. They were rooted in short historical periods and you could catalog all the elements. Science fiction is much more plastic How do you talk about a genre when, okay, there are elements that can be found in more than one film, but they don't have to be there to make it science fiction. 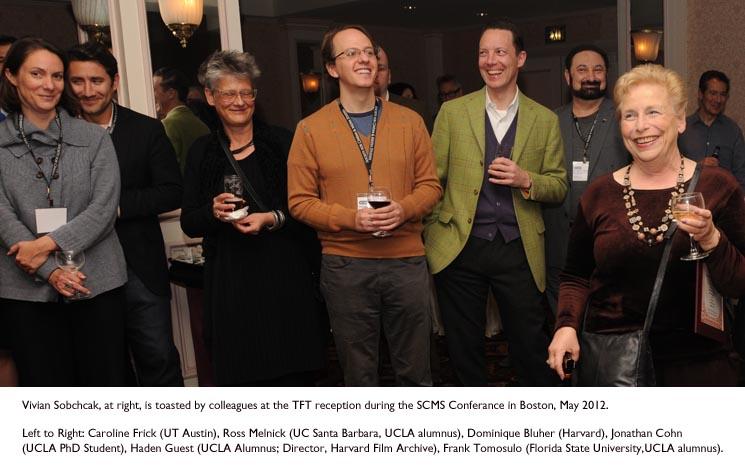 "What's new issues am I writing about? For one, the ways in which our lives are changing because of new modes of communication. I did something for a conference called 'Rendering the Visible,’ at Georgia State.' My piece was called 'Rendering Time.' It had to do with the fact that the more space you have, the less time you have. Because there are just too many places to visit and it becomes a mode of skimming. The fragmented compartmentalization of the spaces themselves, even as they're networked, leads to the collapse of a sense of duration.

“It ties in with the notion of ADD, but also with things like food trucks that never stay in the same place, or raves. And I point out that today's Molly Bloom at the end of ‘Ulysses’ would be tweeting her every thought.”