"Alcatraz" showrunner a past holder of the Hunter/Zakin Chair 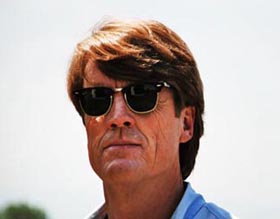 Posted on February 2nd 2012 in Announcement

Currently working as executive producer and showrunner on the new ABC series, "Alcatarz," TFT screenwriting alumnus Daniel Pyne MFA '91 ("The Manchurian Candidate") — a Visiting Assistant Professor at the School and a past holder of The Lew and Pamela Hunter/Jonathan and Janice Zakin Chair in Screenwriting — has published his second novel, "A Hole In The Ground Owned by a Liar" (Counterpoint), the misadventures of a high school shop teacher who buys a gold mine off the internet

Pyne's screenwriting credits include "The Manchurian Candidate," "Fracture," "Any Given Sunday" and "Doc Hollywood." He was one of the original writers and producers on the seminal TV series "Miami Vice." 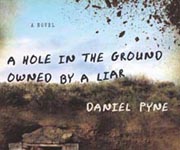 His first novel, the thriller "Twentynine Palms,"earned critical praise and endorsements from respected novelists such as Kem Nunn, who called it "classic California noir." Scott Phillips, author of national bestseller “The Ice Harvest,” has described the new book as "a harrowingly funny story of brotherly strife, amorous misconduct, and small dreams blown disastrously out of proportion."