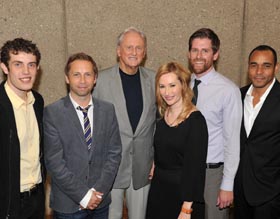 "Matt Tolmach will produce. Tolmach is also producer on this year's "The Amazing Spider-Man." "The Informant" revolves around a hit man avenging his father's death and a Department of Justice official who wants to dismantle the mafia. The two become involved in a cat-and- mouse game when they realize they're after the same people."