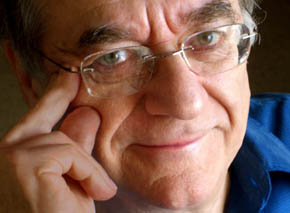 Posted on February 1st 2012 in Announcement

Esteemed Emeritus Professor Howard Suber has come out with a new book entitled "Letters to Young Film Makers." This invaluable collection of letters to aspiring directors, producers, screenwriters and others who want to make independent or studio films emphasizes that what is required of a professional in the world of film is not just technique, but an understanding and ability to deal with the realities of how films get made.

During his 42 years at UCLA, Suber has taught over 65 different courses in film and television, including screenwriting, directing, producing, film history, theory, and criticism. He founded and chaired UCLA’s Critical Studies and Ph.D. program in the history, theory, and criticism of film and television. He was a founding director of the UCLA Film Archive, dedicated to the preservation of American film history, where he helped build the largest collection west of the Library of Congress. He created and chaired UCLA’s current Film and Television Producers Program, which is focused on the realities of the modern motion picture and television industries. He has team-taught with, or brought into the program, many of the most important movie studio heads, agents, producers, lawyers, and executives in the industry. 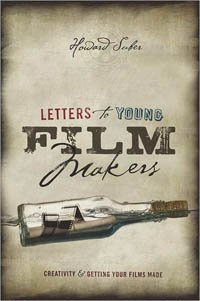 His achievements have been recognized by the award of the Distinguished Teaching Award from the UCLA faculty and students, and of a Life Achievement Award from the Temecula Film and Music Festival.

Howard Suber is also well-known and widely respected outside the academy. He has done more work as a consultant and expert witness on issues involving authorship, creative control, creative process, and copyright than probably anyone else in the country. He has also been retained by corporations to advise them on strategic business plans and to explain to their own employees the nature and structure of the film business.

His books are a distillation of over eight thousand pages of notes, handouts, and articles that Suber has produced during his prolific and fertile career in film.

"What Aristotle did for drama, Howard Suber has now done for film. This is a profound and succinct book that is miraculously fun to read.”