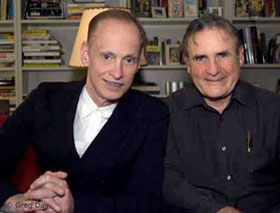 Posted on January 26th 2012 in Announcement

The book includes conversations between Waters and Louis Postel, Todd Solondz, Dennis Cooper and others, as well as a scabrous 1981 piece from "Film Comment" by TFT staff member David Chute.

Waters liked the book well enough to hand out copies as Christmas presents in 2011.

Waters public image has evolved over the years from a terrifyingly transgressive and obscene punk satirist, as exemplified by shocking early films such as “Pink Flamingos” (1972) and “Female Trouble” (1974), to that of an the elegant if still edgy indie entertainer of hits such as “Hairspray” (1998). 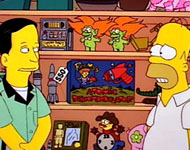 Waters hosted the Independent Spirit Awards three trimes and appeared as himself in a memorable 2006 episode of “The Simpsons.”

James Egan’s film productions include “Jackpot” (2001), “Angels in the Dust” (2007) and “Kimjongilia” (2009). He serves as a National Trustee on the Wounded Marine Careers Foundation, which works with entertainment professionals to train wounded members of the military, aiding them in finding careers in the film and television industry.