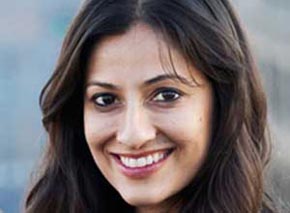 Posted on December 8th 2011 in Announcement

Illustrated by Mari Araki, the book is a graphic novel about a Southern California teenager, Tina M., from an intellectual Indian family in Palos Verdes, suffering though her sophomore year at snooty prep school Yarborough Academy. (“The name makes it sound fancier than all the public schools in the area,” Kashyap writes. “You'd really think the Prince of Wales attended.”) Turning points include Tina's getting dumped by her smart-girl ally to a momentous kiss from a cute skateboarder.

Raised in Los Angeles, Kashyap attended UC Berkeley, where she studied Literature and started making experimental videos and documentaries. After spending a year working for veteran Bay Area indie director Wayne Wang, Keshni enrolled in TFT MFA Preoduction/Directing program. Her short films “Hole”“ (2002) and Good Thing” (2004) were Director’s Spotlight winners at the Festival of New Creative Work. Her films for both UCLA and Berkeley have screened in more than thirty international festivals. 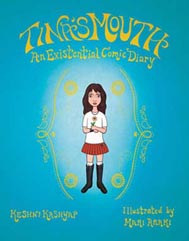 Kashyap has traveled all over the world, especially in South East Asia, where much of her extended family still lives. She credits her high school photography teacher for showing her, early in life, how to frame a shot, and wants to make “story driven films that explore people’s internal and imaginary lives.”

Kashyap is a contributer on Asian American issues for the website The Daily Beast. She is currently working on two feature length projects, both darkly comic in nature.