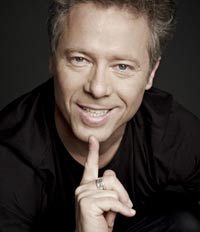 Marek Probosz teaches theater and film acting in the Department of Theater. A preeminent film, television and stage actor in his native Poland, and likened across Eastern Europe as the “De Niro of Poland,” Probosz has more than 50 starring roles to his credit. Many of his films have competed in key international festivals including Venice (Jerzy Skolimowski’s 30 Door Key, 1991), Cannes and Karlovy Vary (Jirí Svoboda’s award-winning End of the Lonely Farm Berghof, 1984) and San Sebastian (Frantisek Vlácil’s The Shadow of the Ferns, 1984). Probosz’s theatrical adaptation of Oscar Wilde’s Salome, which he wrote, directed and starred in, was cited by the Czech National Critics Poll as the No. 2 artistic event of 1986, after Sir Richard Attenborough’s Oscar-winning film Gandhi (1983) and ahead of Ingmar Bergman’s Oscar-winning Fanny and Alexander (1982).

Probosz’s film and television career spans roles in Polish, Czech, German, French, Italian and American productions and co-productions. In the United States, he most recently guest-starred on CBS' Scorpion. He has also had guest-starring roles on ABC’s Scandal, CBS’ Numbers, NBC’s JAG and USA’s Monk. He received strong reviews from The New York Times, The Hollywood Reporter and Variety for his portrayal of Roman Polanski in the 2004 CBS miniseries Helter Skelter. In Poland, he recently had guest-starring roles in the popular Polish TV series Father Matthew and The Blonde. He is currently a series regular on the Polish TV series Under the Common Sky.

In 2014, he appeared in the Liam Neeson-narrated documentary Love Thy Nature. More recently, he worked on the Polish feature film Once Upon a Time in November (2017), directed by Andrzej Jakimowski; and the upcoming Valley of the Gods (2018), directed by Lech Majewski, starring John Malkovich and Charlotte Rampling.

From 2004-2009, Probosz portrayed the first homosexual character featured on Polish national television, Grzegorz Gorski, in the highly rated Polish drama L Like Love. In 2006, Probosz starred as the Polish WWII hero Witold Pilecki in The Death of Captain Pilecki, which garnered the Special Jury REMI Award at the 2007 WorldFest-Houston International Independent Film Festival and had screenings at consulates, universities and embassies throughout the world. In 2012, he recorded the audiobook The Auschwitz Volunteer: Beyond Bravery, about Pilecki, for Audible.com, which received an IBPA Benjamin Franklin Silver Award in 2013 and a Prose Award in 2012.

Other European credits include the award winning films The Closed Circuit (2013); Bokser (2011); Rewers, Poland’s official Academy Award submission in 2009; and Horizontal 8 (2008); Agnieszka Holland’s Janosik: A True Story (2009); Krzysztof Zanussi’s Our God’s Brother (1997); and a regular role on Poland’s longest-running soap opera, Clan. He appeared in the Polish TV series The Commission of Murders and For Good and for Bad and portrayed Professor N. in the 2016 political thriller Smolensk, directed by Antoni Krauze.

Probosz’s stage credits include the role of Odysseus opposite award-winning British actor Henry Goodman in Philoktetes (2008) at the Getty Villa in Malibu. In 1990, Probosz wrote, directed and starred in the original Odyssey Theater production of AUM or Tormenting of Actors.

He has directed a full-length documentary, Jan Kott: Still Alive, and written 11 feature film screenplays, including his most recent, the thriller Murderers. His short film Rebel, a psychological thriller on teen suicide, was a precursor to 2004’s YMI, an unflinching portrait of the dark forces lurking in the lives of teenagers, which Probosz wrote, directed, produced and starred in, making his U.S. feature debut. The film had its world premiere at The Other Venice Film Festival, where it won the Audience Choice ABBOT Award. In 2016, he directed Wedding Highlanders in Istebna, a play written by his grandfather Jerzy Probosz, for Polish Radio.

Probosz is the author of two books published in Poland: The novel Eldorado (2009) and Call Me When They Kill You (2011), a collection of short stories.

In addition to teaching at UCLA TFT, Probosz has taught at the Warsaw Theater Academy and Emerson College in Los Angeles. He has also given lectures on screenwriting at international film events and has been a distinguished jury member at film festivals throughout Eastern Europe, including the Moscow International Film Festival and the International Theater and Film Festival in Blagoveshchensk, Russia. In Fall 2016, he taught film acting master classes at The Aleksander Zelwerowicz National Academy of Dramatic Art in Warsaw.

In 2011, Probosz was awarded the Mortui Sunt Ut Liberi Vivamus Bronze Medal in London and the Gold Medal Knight of Humanity in Auschwitz for his portrayal of Witold Pilecki and in recognition of his outstanding services in sharing Pilecki’s ideals of heroism beyond religion, race and time around the world. In Spring 2017, Probosz starred as Pilecki in a multimedia stage production of The Auschwitz Volunteer at American Jewish University and UCLA.

Probosz earned a master of fine arts degree in acting in 1983 from the prestigious Polish National Higher School of Film, Television and Theatre in Lódz, Poland and is a 1993 film directing graduate of the American Film Institute. In 1998, he received a master of fine arts degree granted by Academic Credentials Evaluation Institute in Los Angeles.